August 10th, 2020: Court dismisses Genius Media Group’s lawsuit against Google and LyricFind. In the lawsuit, Genius Media Group claimed Google and LyricFind misappropriated lyric transcriptions from the company’s site. The lawsuit was dismissed on the grounds that Genius does not own the rights to the original lyrics displayed and therefore has no standing to sue either Google or LyricFind.

About Genius Media Group and LyricFind

Genius Media Group is a lyrics and artist knowledge database with over 2 million contributors. Canadian-based LyricFind, one of Google’s lyric partners, provides Google the lyrics that are displayed in an information box at the top of all lyric search results.

In the lawsuit filed by Genius Media Group in December 2019, Genius Media Group requested a sum of at least $50 million in damages from defendants Google and LyricFind. Genius stated, “Defendants Google LLC and LyricFind have been caught red-handed misappropriating content from Genius’s website, which they have exploited-and continue to exploit for their own financial benefit and to Genius’s financial detriment.”

Genius claimed it had spent a substantial amount of time and invested significant financial resources in creating its lyrics website, which was being robbed of traffic (and in turn revenue), due to Google displaying their ‘copied’ content first.

Genius argued that 40% of lyrics displayed first on Google were taken unlawfully and directly from their own website and set out to prove it. In a bold move, Genius watermarked their lyrics on two separate occasions, in 2017 and 2018, aiming to confirm that LyricFind had in fact been collecting data from their website and displaying it as Google’s own without permission. On both occasions, Genius’ watermarks did appear in Google’s results. Google claimed they did not collect data from websites but was rather provided with lyrics from their lyric partners. According to Genius, Google “assigned blame elsewhere but otherwise continued their unlawful behavior.’

1) Breach of copyright laws – Genius’ lyric transcriptions are derivatives of original lyrics; therefore, Genius cannot sue for copyright infringement as the law states that only the original copyright owner (the artist) has exclusive rights to the lyrics.

2) Breach of contract law – Genius accused Google and LyricFind of breach of contract due to a violation of Genius’ terms and conditions, by collecting data from their site without permission. However, the judge ruled that these are “nothing more than claims seeking to enforce the copyright owners’ exclusive rights to protection from unauthorized reproduction of the lyrics and are therefore preempted by the Copyright Act.” She then added, “the claim that (Google) created an unauthorized reproduction of (Genius’) derivative work, which is itself conduct that violates an exclusive right of the copyright owner under federal copyright law.”

All of Genius Media Groups’ claims are unwarranted due to the fact that their lyric website is based on derivatives of original content. Genius Media Group does not have rights to the original lyrics, rather the artists and music publishers do, therefore the contents of their site are publicly available, and can, under Federal law, be collected and used by the public.

The information provided on this page does not and is not intended to constitute legal advice. All information, content, and materials available on this site are for general informational purposes only. Information on this website may not constitute the most up-to-date legal or other information. 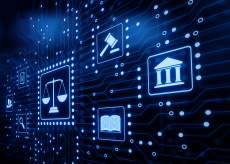 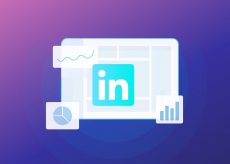